Posted in SHAR: Mod Showcase
Subscribe to this topicUnsubscribe from this topic
Weasel on a Stick That's right! Ice Cap from Sonic Adventure in SHAR Made for Donut Team's Holiday 2020 Creator Contest https://i.imgur.com/vbZpaJX.png https://www.youtube.com/watch?v=QYp1NOABOUw I consider this a map 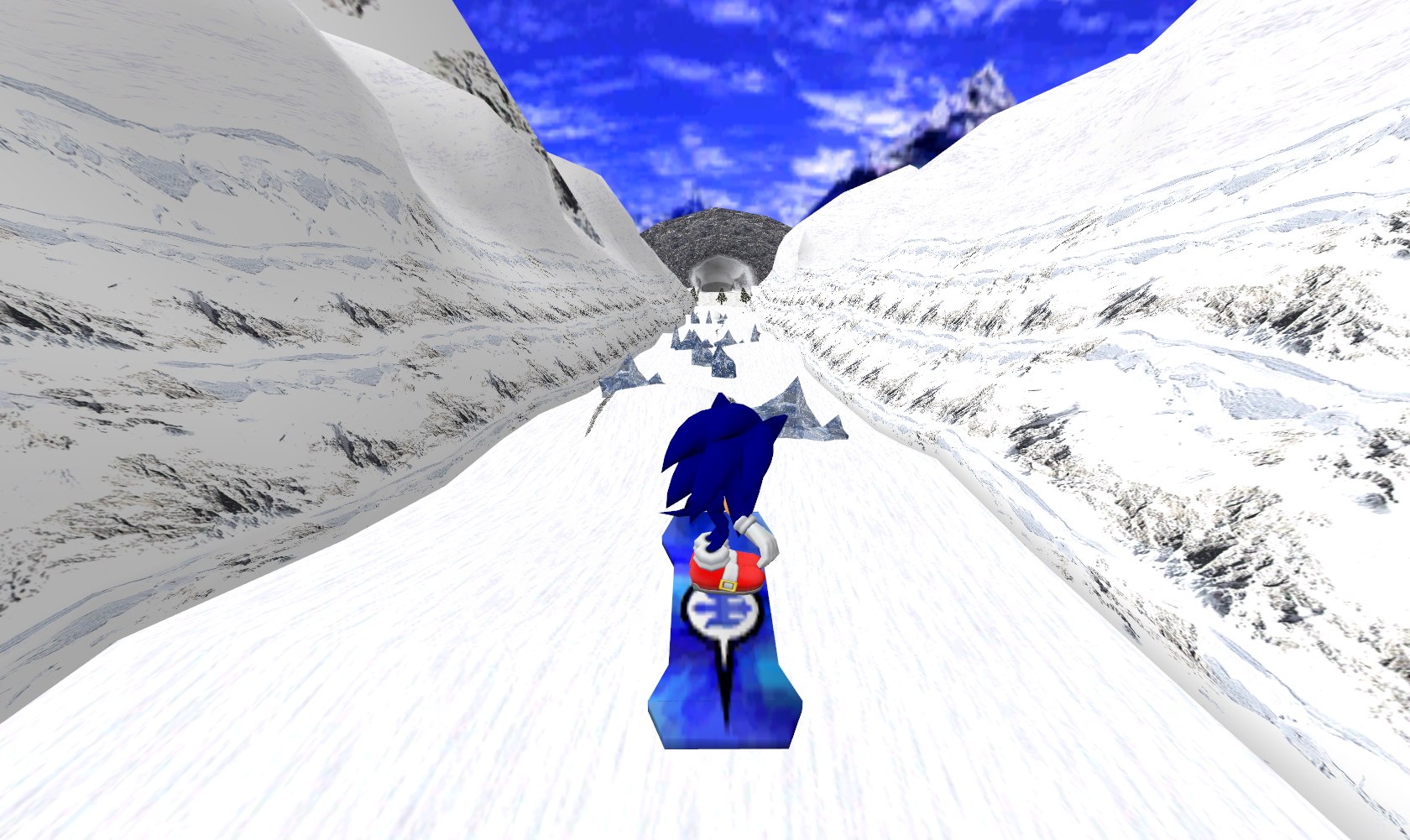 I consider this a map asset mod, much like shar_bigcity. Both of them were made so I could learn map making in SHAR. So feel free to decompile this mod, learn and experiment as you will. (Don't expect a campaign SADX mod) 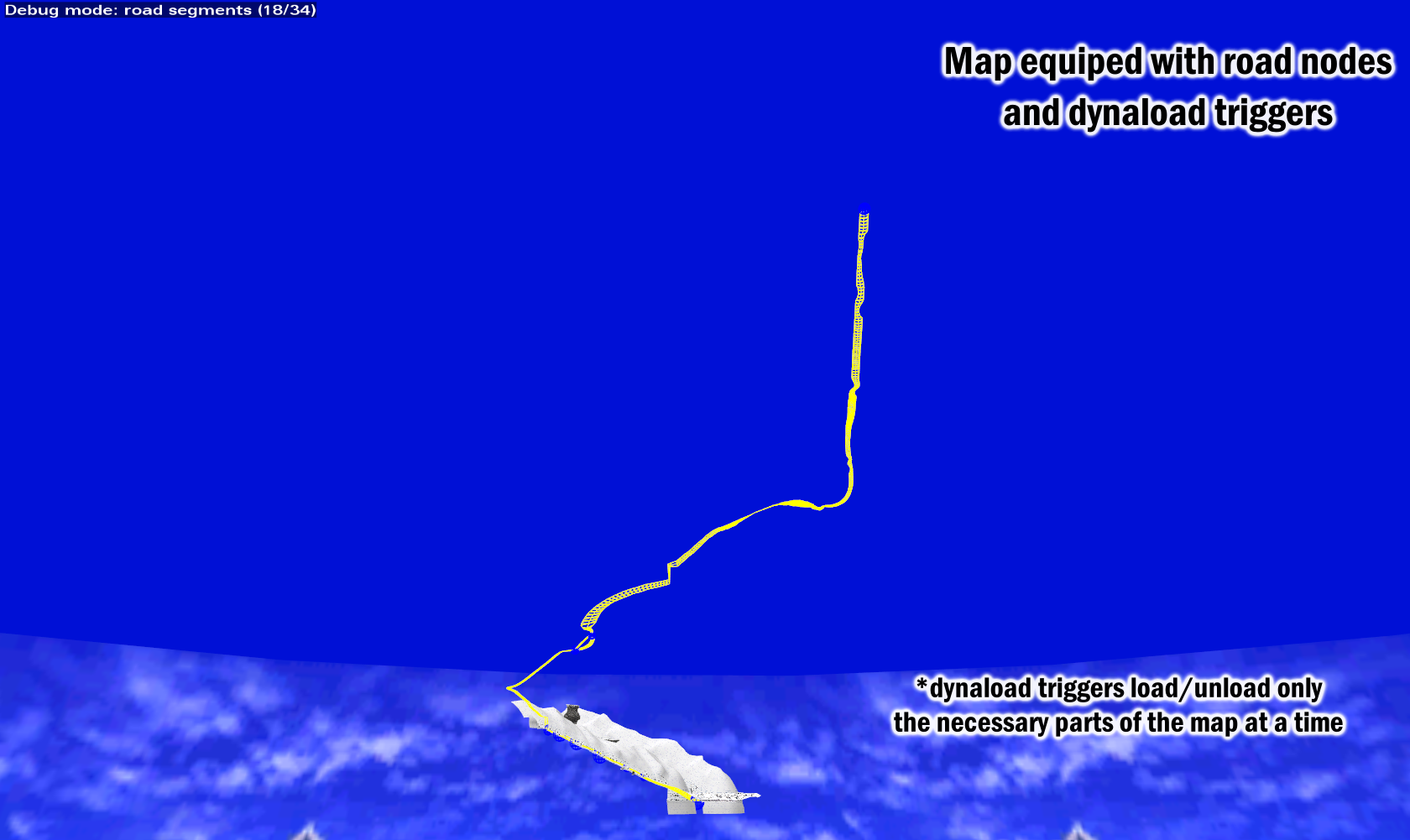 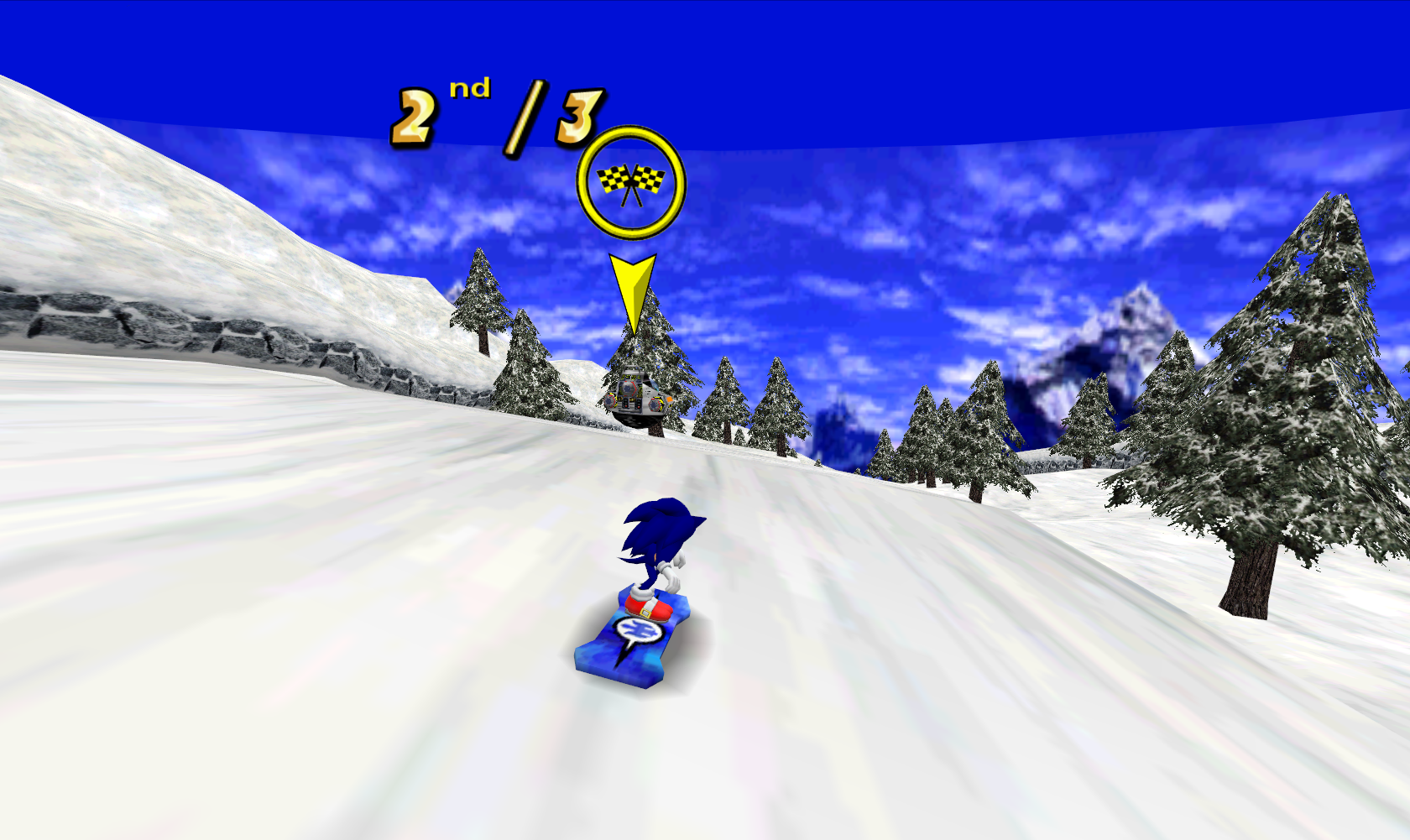 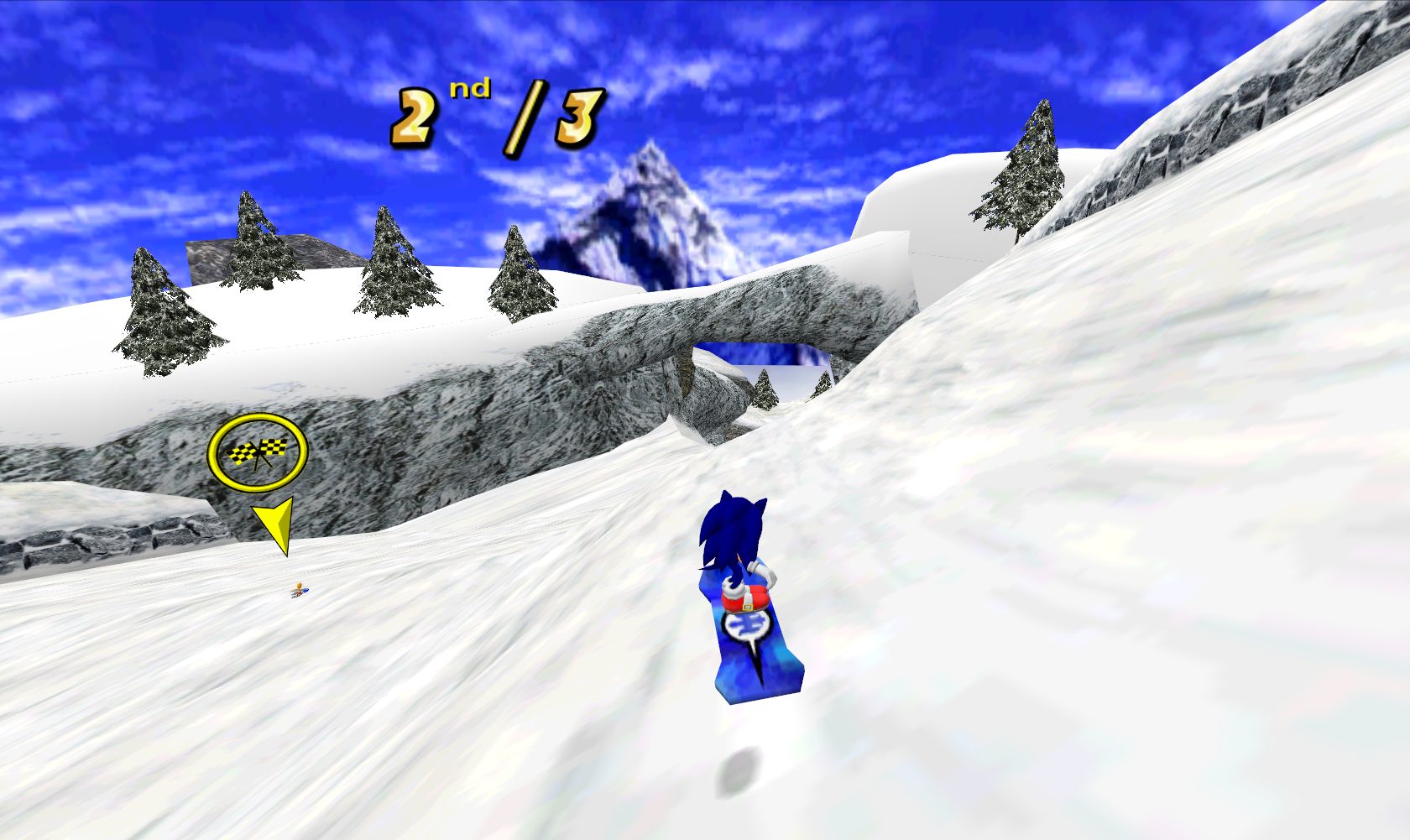 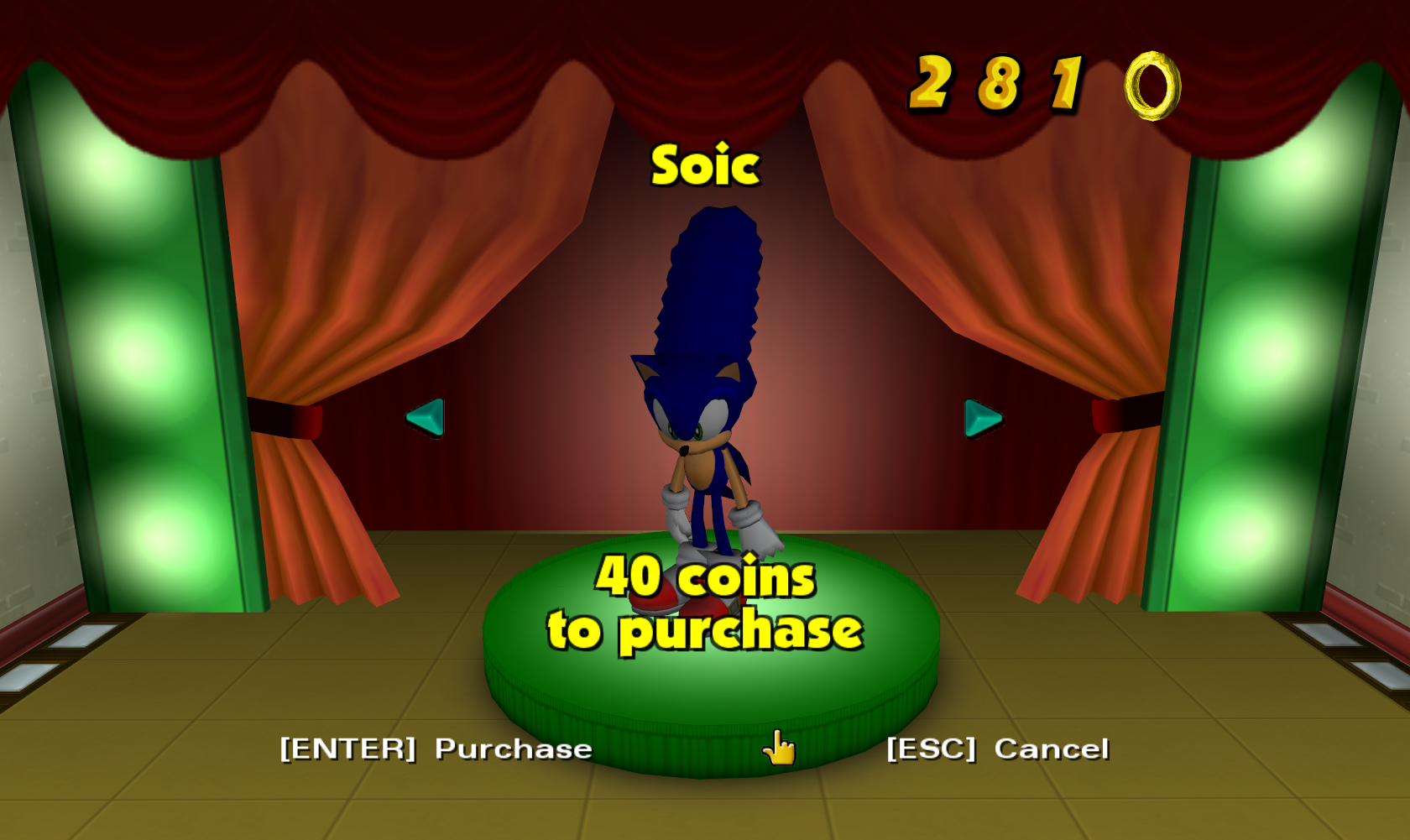 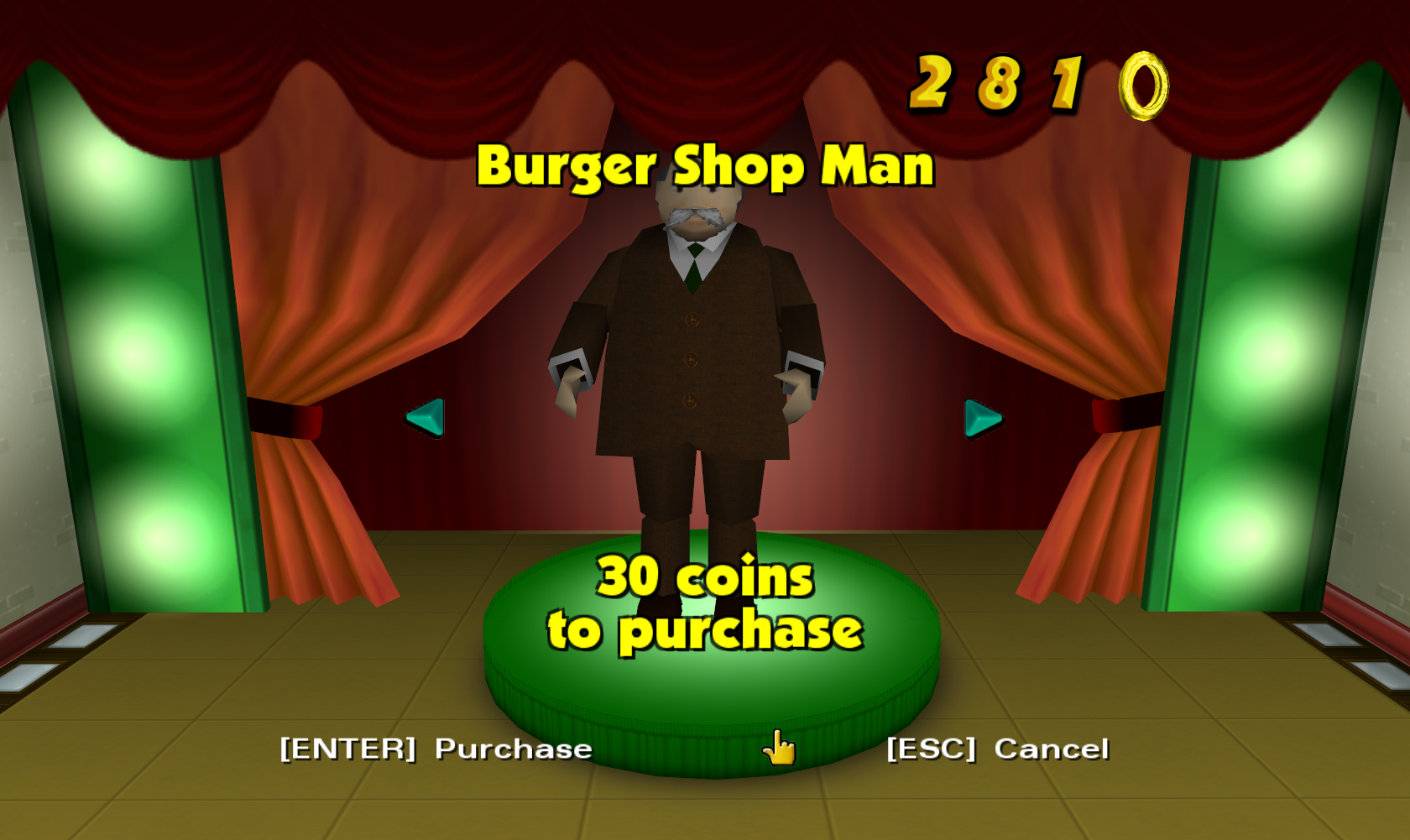 maz3 months
Sonic Riders 2: hit & run
1 point
Sending vote...
gamer91 just tried to download it and im getting the message from mega the folder link you are trying to access is no longer available. is there a another link? would like to play this mod.

Weasel on a Stick 3 months

just tried to download it and im getting the message from mega the folder link you are trying to access is no longer available. is there a another link? would like to play this mod.

I noticed a few bugs and silently re-uploaded the mod in hopes no one would notice. Right now the link is working properly on my end, check if it works for you too

1 point
Sending vote...
gamer91 the link now working for me

gamer913 months
the link now working for me
0 points
Sending vote...
Kenny Giles Any mod that features this beauty is an instant winner for me. Okay, but seriously, I'm a pretty huge nut for the Sonic Adventure series. It was easily the two games I probably sunk the most time int

Kenny Giles 2 months
Any mod that features this beauty is an instant winner for me.

Okay, but seriously, I'm a pretty huge nut for the Sonic Adventure series. It was easily the two games I probably sunk the most time into because I loved the gameplay and the Chao Gardens. If you told me six old me year from now Adventure 1 would have a nasty head-on collision with Hit & Run, then I'd be pretty surprised and be left scratching my head wondering how that worked. The answer is surprisingly pretty decently.

I would've expected something such as Station Square (somehow) stitched together to form an explorable map and wasn't really sure if any other map would really work with SHAR's physics. While Speed Highway feels like the obvious pick, it's uh...very platform heavy. Ice Cap's Snowboarding section is a pretty cool choice and a lot of work clearly went into this little test slash submission to make the idea work. From importing Sonic, creating the snowboard, to using SomeBot's skating animations, it all comes together to create something that actually feels as if I'm using a board in SHAR's engine that controls differently from the cars, despite that not actually being the case. It's very limited, but also manages to be pretty ambitious and create a feeling that's pretty different from anything else I've personally played.

Another factor in that is the format of the map itself. SHAR's maps are basically glorified circles (and this also applies to the Bonus Game tracks), but a large vertical map that has the player going down is something I don't think I've really seen before. It's nice to have a map that functions as a race track and is a linear non-loop.

The race itself is pretty interesting to me as a result of these elements, though some of SHAR's limits do kinda end up showing without much of a solution. The snowboard's speed is pretty nice and makes it easy to control while making it feel as if you're going downhill, but some of the race feels a bit like it goes on for a bit longer than I'd expect. It might have something to do with the AI racers, as I recall during my playthrough that Tails was kinda left behind and only Eggman was a threat, but I kinda lost him around the second cave shortcut I wanna say? It's also slightly difficult to tell what ice is breakable and what ice isn't. Part of me is slightly hurt Eggman's Craft isn't purchasable, but Soic more than makes up for that.

Overall, really fun as someone who is a bit of a dork for these games and it's a pretty refreshing, fairly ambitious one mission take despite being mostly a test! I enjoyed it for the atmosphere and things it tried and it's a fun demonstration of your modding skills and how far this game has come. Well done!
2 points
Sending vote...
Weasel on a Stick Glad you enjoyed this (test-)mod, Kenny! From importing Sonic, creating the snowboard, to using SomeBot's skating animations Funnily enough, those 3 were the easiest parts. Hardest ones were extra

Weasel on a Stick 2 months
Glad you enjoyed this (test-)mod, Kenny!

Funnily enough, those 3 were the easiest parts. Hardest ones were extracting data from Sonic Adventure that isn't available on Models/Sounds resource. I probably spent 3 importing all* trees, icicles alone. Then there were technical challenges such as making instanced collidable objects, properly arranging them on a modified* version of Ice Cap. And don't even get me started with SHAR's Trees
* - Hardest part was the fact that I had to significantly alter original Ice Cap map. It's scaled/positioned differently, first straight-line segment was shortened and the first cave is supposed to be a 90° turn but I cut it in the middle to make a short straight line. Thus any SET object positions had to be manually adjusted.... around 300


It's also slightly difficult to tell what ice is breakable and what ice isn't.

Fully opaque icicles are unbreakable, while transparent ones can be smashed. (This was totally an intentional design and not just a bug I decided to exploit)


Overall, I just wanted to do 2 things:
1 - Make a mod that is very different from all other mods: make it stand out and feel fresh (and this contest gave me a good idea)
2 - Learn more about making custom maps: push SHAR's limits, find ways to bypass those limits and improve my modding tools (this also gave me confidence in making a SHAR map making tutorial series I swear I'll make one day)
And I'm glad I could accomplish all of them. Thanks for playing!
0 points
Sending vote...
Subscribe to this topicUnsubscribe from this topic
Please login to contribute to the conversation.