Posted in SHAR: Mod Showcase
Subscribe to this topicUnsubscribe from this topic
tay https://i.ibb.co/1QHLBp9/forumpostimage-1.png April fools :) Hi, this was an April fools (sort of). Unfortunately, does not add VR into the game itself. If you came from the video then, what you saw i 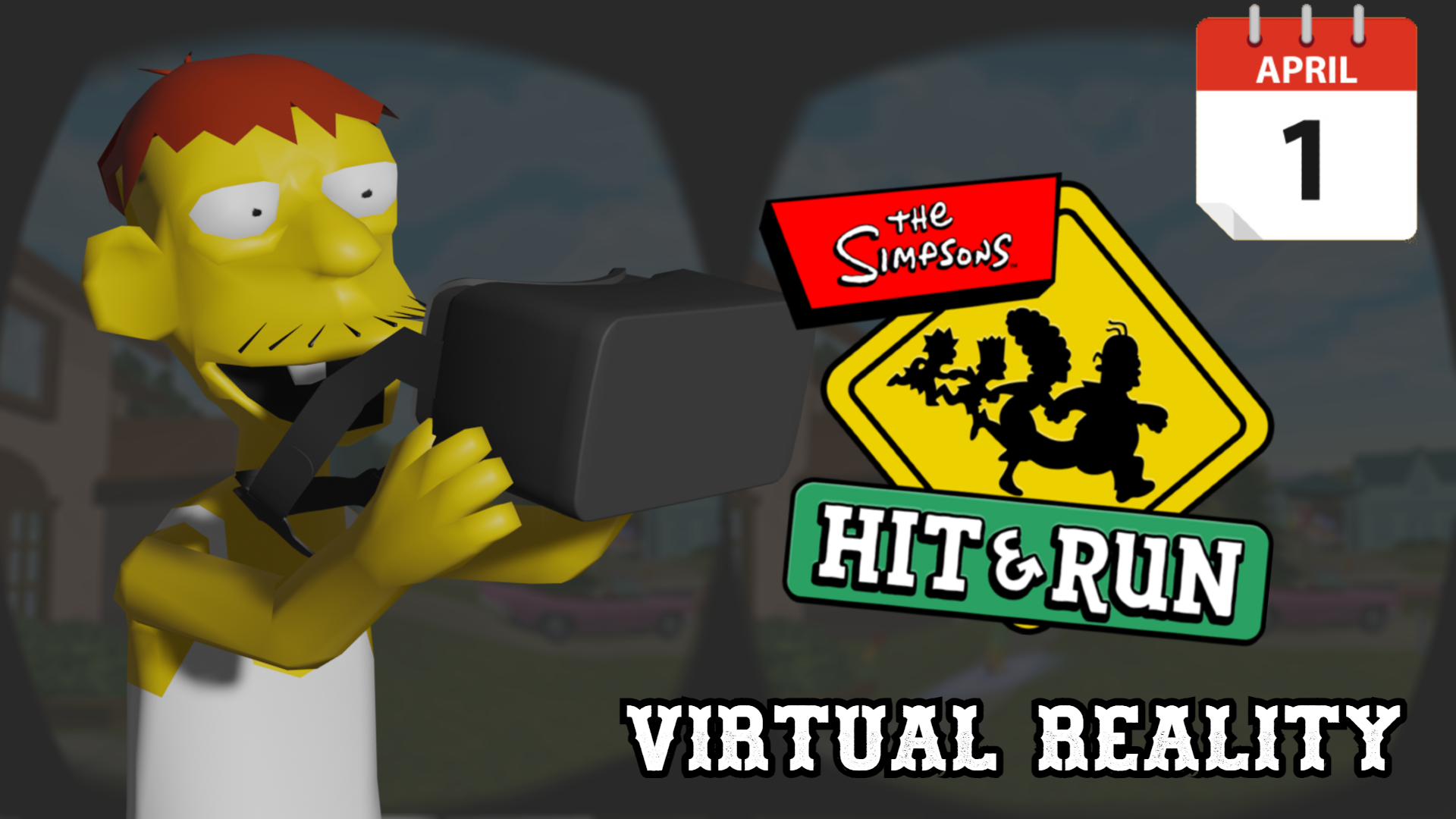 Hi, this was an April fools (sort of). Unfortunately, does not add VR into the game itself. If you came from the video then, what you saw is genuine VR which I recorded myself, but it was created in unity and not part of The Simpsons Hit & Run. I might continue to create this in Unity, however it isn't something I'd focus on.

I wasn't planning on this unity VR video and it was something I stitched together the day before April fools day, though I have had this whole mod itself planned for a good 2 weeks. This is why the video is rather short as, the full clip showed *more* imperfections. From closer inspection you can see it's not really the actual game, though I did managed to capture most of the features from it by importing them all into unity along with a bunch of animations + disabling shadows tweaking the lighting.

The original post (seen below) was completely fabricated in order to try to convince you this is a real thing. Even as down to the version changes. Sorry. :p

As for the mod itself which you can download, it is a mod and will work. I think it's rather humorous and is related to VR so I ask you to play it and see for yourself!

Ever wanted to play The Simpsons Hit & Run in Virtual Reality? Well now you can! This mod lets you explore the world of Springfield in a Virtual Reality Headset! This mod adds VR support to The Simpsons Hit & Run! I have been working on this project for a while now but was hit with limitations, so after months of hard work and asking for some help from the community I have finally got the game to run in VR mode!

Glitchedblood2 weeks
awesome
2 points
Sending vote...
pointlesscircle I hadn't downloaded this yet so this was the only thing that fooled me. Good job

pointlesscircle2 weeks
I hadn't downloaded this yet so this was the only thing that fooled me. Good job
1 point
Sending vote...
Subscribe to this topicUnsubscribe from this topic
Please login to contribute to the conversation.