Ahoy-hoy everyone, Maz from Donut Team here, welcome to the awesome blog I’m hosting this week!

Today, we’re taking a look at a few upcoming community mod products and some updates related to the forum!

The boy who lived, the magician, the one you mainly know for eating beans, Harry Potter is arriving at Springworts School of Magicry! 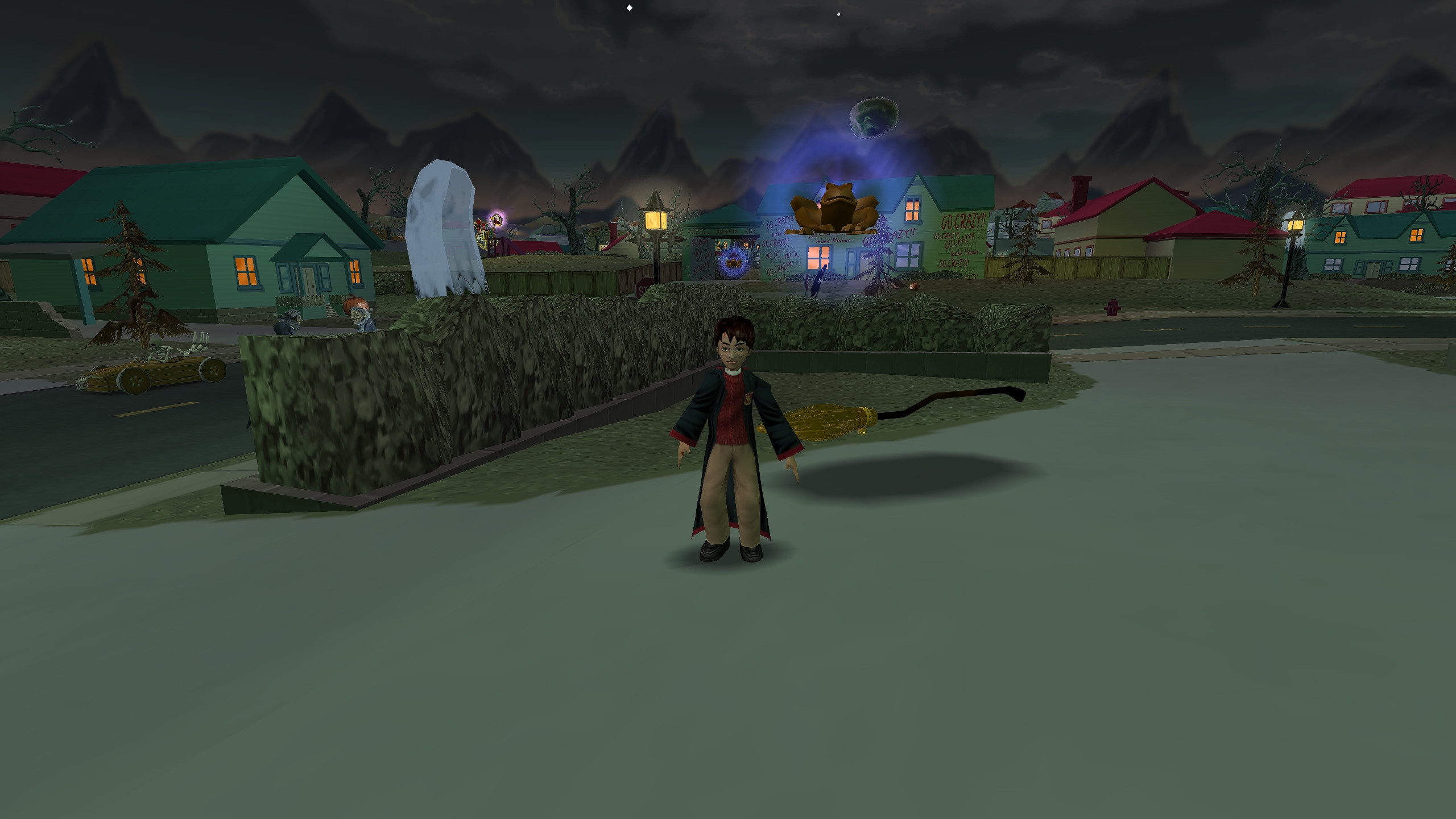 This mod is being created by @Chip with help from @KadeEclipse using a bunch of existing Harry Potter assets.

Their inspiration for creating this mod comes from a bunch of games they played at a younger age (hey, I played one of those as well!) and their desire to see Harry running Hagrid over. 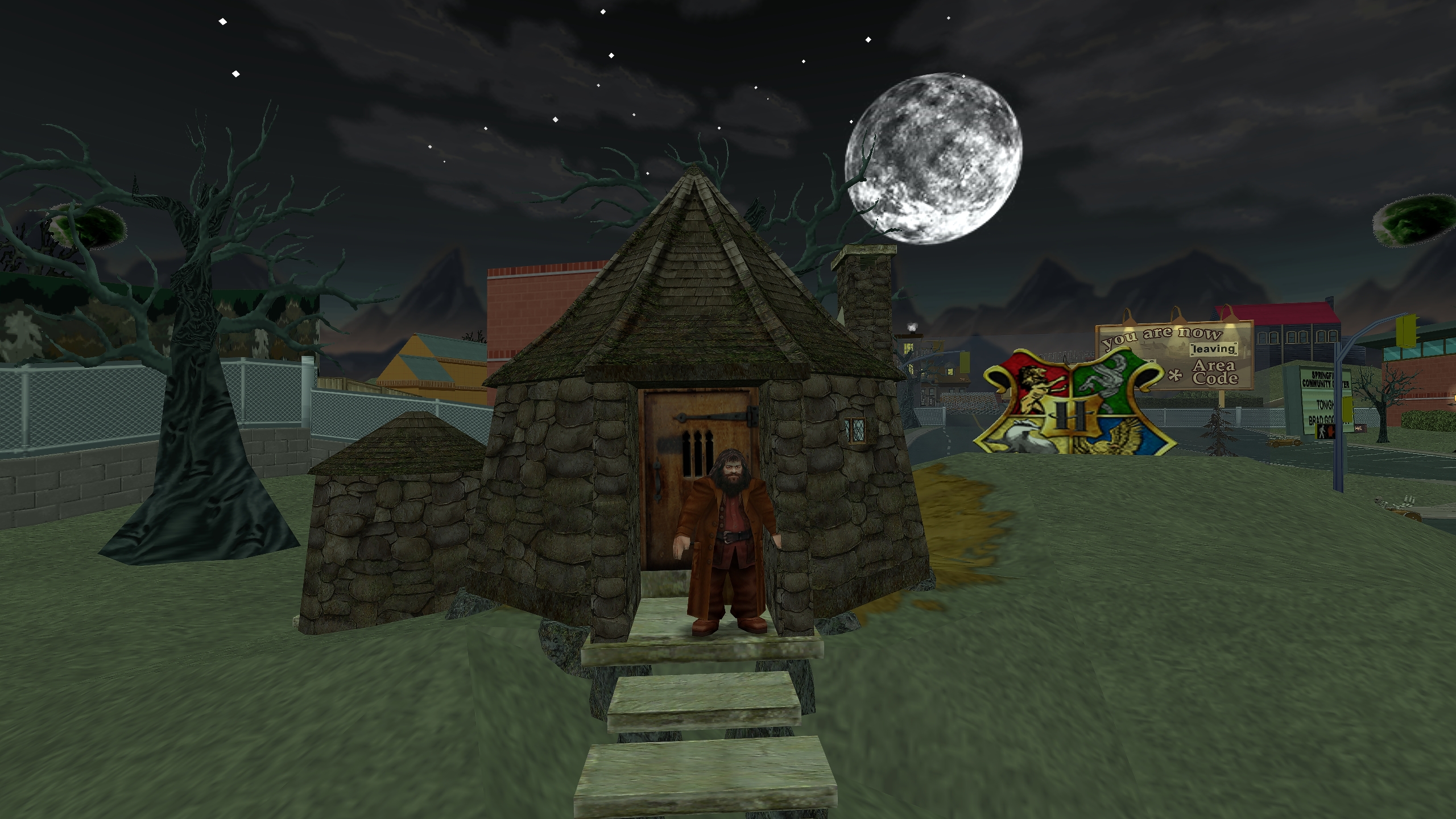 You can check this mod out on this thread!

Next up, some classic characters from Looney Tunes are also coming to Springfield!

Brought to you by @Tappie, hop into the non-existent shoes of Bugs Buggy and Daffy Duck in this chaotic two-level mod! 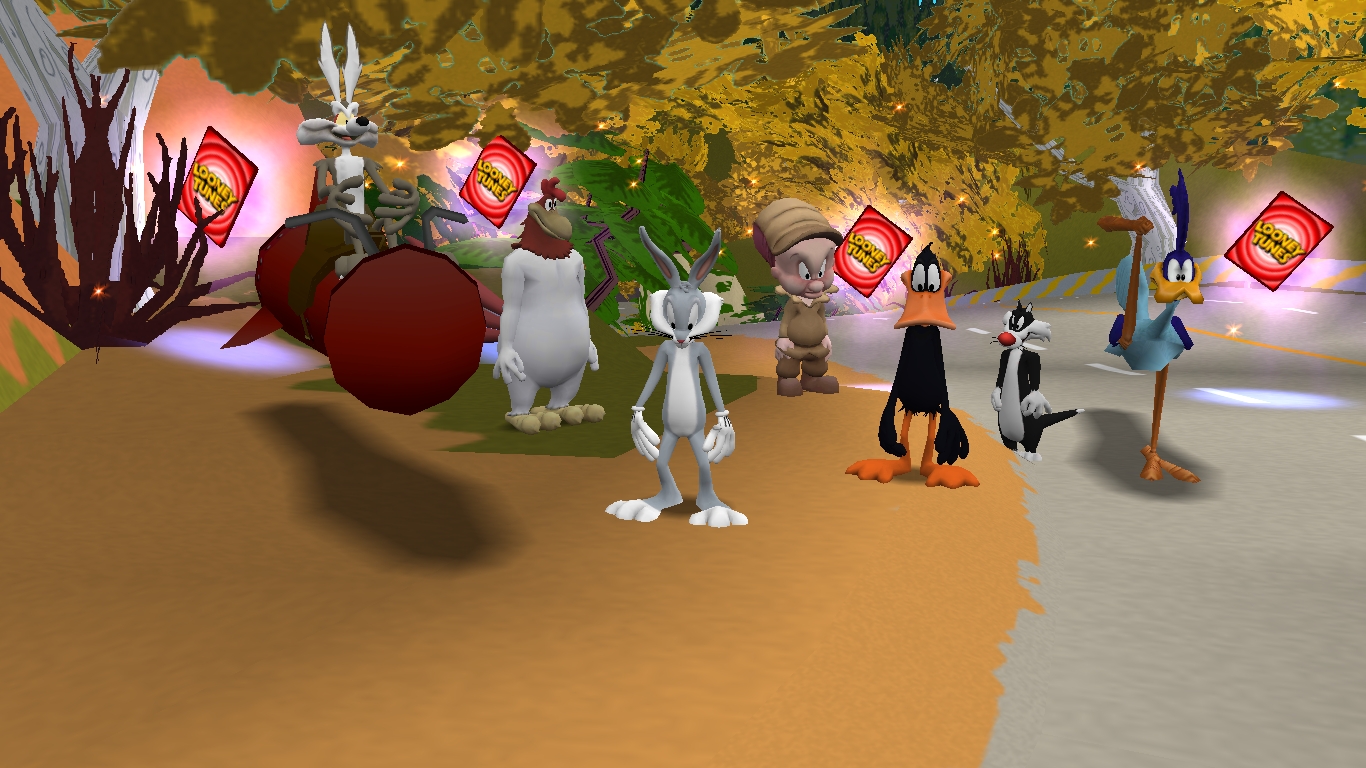 Each level will feature a fully voiced character and will heavily focus on the old “Golden Age” era of Looney Tunes mixed with a healthy amount of newer era stuff as well.

The main missions will see you helping or hurting many different fan favourite characters, both good and evil. These missions will incorporate the recognizable violent style of humor, such as blowing up Elmer Fudd or finding and returning Daffy’s beak after it’s shot off.

Some missions are reimaginings of classic shorts while some are brand new ideas. Furthermore, Street Races & Bonus Missions will allow you to play as characters other than Bugs and Daffy!

For example, the first Bonus Mission, where you take control of Wile E. Coyote, who is piloting a very weak but fast rocket while chasing the Road Runner through a desert, avoiding obstacles along the way. Another will see you taking control of Sylvester as he takes to the skies in in another attempt to catch Tweety.

The mod will use a retextured Fully Connected Map with a very cartoony style. Hidden around will be a set of Classic Shorts cards, which will each describe the plot of a short and contain some trivia about it.

Finally, the mod will feature a classical soundtrack, many of which have been previously used in shorts. This will be a separate, optional release for players who’d like to upload their gameplay to YouTube without the fear of getting struck down by copyright claims.

As many of you may know, it is now Pride Month in the United States and many other countries.

This month is dedicated to promotion of dignity and equality for LGBTQ+ individuals and the support of their rights.

Naturally, this means our special “Pride” flair has returned to the forum for the duration of this month so you can show your support!

Additionally, I have also released a special outfit for the most overdone character out there, Homer! Say hello to Prideman! 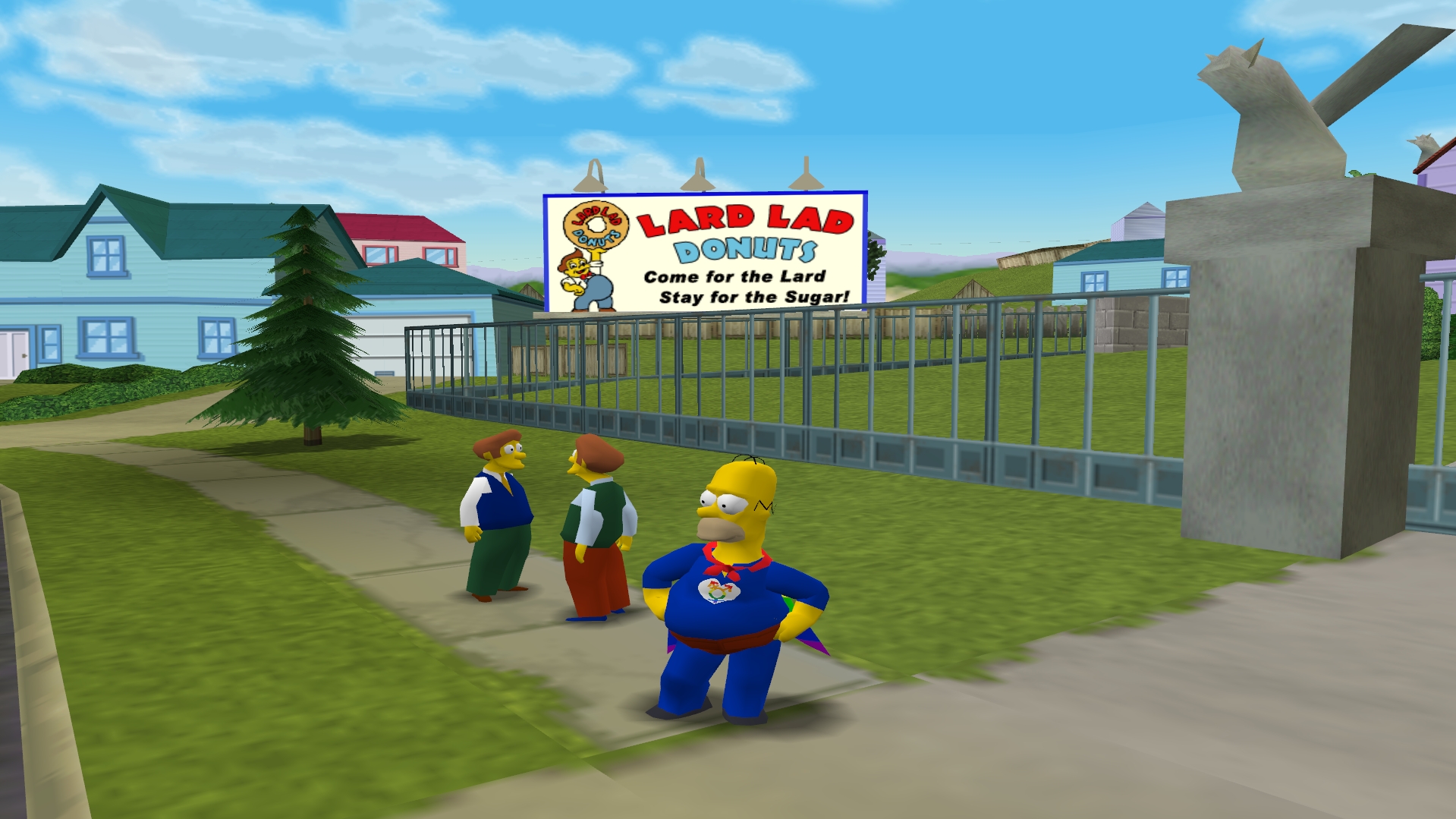 A superhero of joy, support and comfort, fighting to make the world a better place! 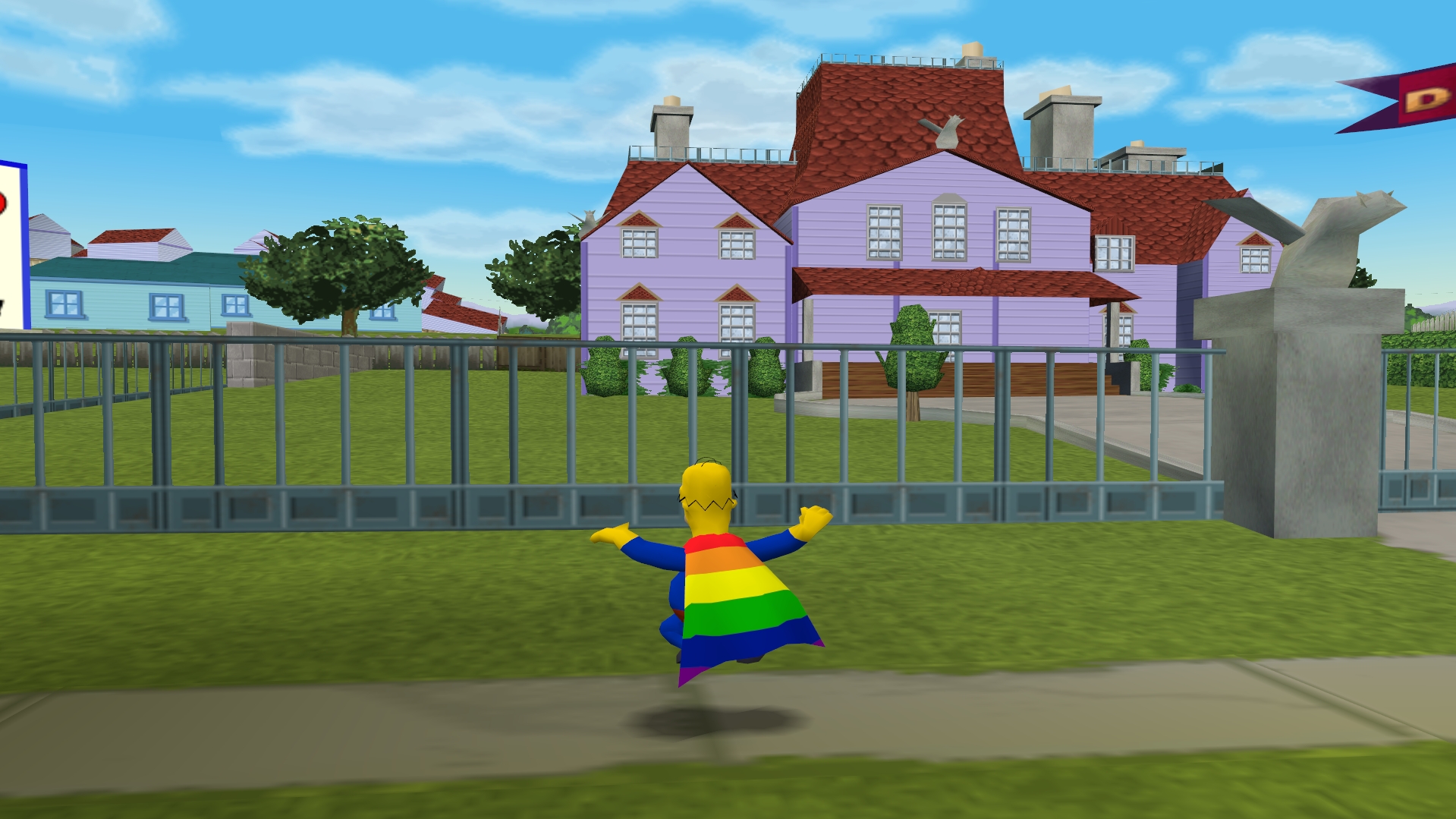 You can check out this colorful pride month release, as well as all of the previous ones using the Pride flair filter.

Thank you for joining me for this week’s blog! I’m hoping you’re having a good time and are as excited as I am for the featured mods!

P.S.: Borb thinks you should listen to this.